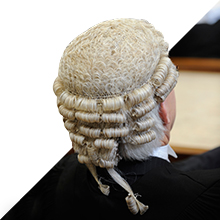 At Tennyson we welcome your interest in our barrister and mediator’s latest cases pages and about us. Here you will find references to cases undertaken by members of chambers recently in our practice areas which have been reported and to other recent reported cases of interest.

Please press on the case name to take you to the case report.

On 24th September 2019 the Supreme Court decided that the advice to H.M. The Queen to prorogue Parliament was unlawful and of no effect. Consequently in law Parliament was never prorogued. See the Judgement on the following link http://www.bailii.org/uk/cases/UKSC/2019/41.html.

Acknowledgement is given to Crown Copyright for the above explanation.

The explanatory note to these Regulations explains that “these Regulations are made in exercise of the powers in section 8(1) of the European Union (Withdrawal) Act 2018 (c. 16) in order to address failures of retained EU law to operate effectively and other deficiencies (in particular under section 8(2)(b) to (d)) arising from the withdrawal of the United Kingdom from the European Union. These Regulations make amendments to legislation in the field of cross-border insolvency and also contain minor amendments to the Insolvency (Northern Ireland) Order 1989 and to employment legislation in Northern Ireland bringing that legislation into line with EU law. The amendments are made under section 2(2) of the European Communities Act 1972 (c. 21) (“the ECA”)” and come into force on 31st January 2019. Acknowledgment is given to Crown Copyright for this explanation. Part 1 of the regulations retains the jusridictional test of COMI as an additional test of jurisdiction.

The law relating to economic duress has been reviewed by the Court of Appeal in the above case. The acts or threatened acts were lawful in the case, but the Court focused on the nature of the demand made by PIAC. The court concluded that there was little or no support in other authorities for the extension of the doctine of lawful act duress in a commercial context to cover a demand which is made in good faith but unreasonably. Further that the doctrine of lawful act duress does not extend to the use of lawful pressure to achieve a result to which the person exercising pressure believes in good faith it is entitled, and that is so whether or not, objectively speaking, it has reasonable grounds for that belief.

New development in the law of Legal Professional Privilege

On 5th September 2018 the Court of Appeal gave judgement in the case of The SFO v Eurasian Natural Resources Corporation Limited and the Law Society [2018] EWCA Civ 2006. The case raised important issues as to the proper scope of legal professional privilege, and was  primarily about litigation privilege. The Court of Appeal held that the judge was wrong to conclude that a criminal prosecution was not reasonably in prospect once the SFO had written its letter of 10th August 2011. The contemporaneous documents did not show that ENRC failed at the first hurdle of showing that, as at 19th August 2011, it was “aware of circumstances which rendered litigation between itself and the SFO a real likelihood rather than a mere possibility”, and that the documents demonstrated the reverse. Secondly that the dicta in Dornoch does not inevitably lead to the conclusion that once a SFO investigation is reasonably in contemplation so to is a criminal prosecution. Each case turned on its own facts though in the appeal the documents and evidence pointed clearly towards the  contemplation of a prosecution if the self reporting process did not succeed.

Whilst a party anticipating a prosecution may need to make further investigation that uncertainty will not of itself prevent proceedings being in reasonable contemplation. It was in the public interest that companies should be prepared to investigate allegations prior to going to a prosecutor such as the SFO without losing the benefit of legal professional privilege for the work product and consequences of their investigation. Futher, that the judge ought to have concluded that the documents were brought into existence for the dominant purpose of resisting or avoiding contemplated criminal proceedings against ERNC  or its subsidiaries, and that all interviews undertaken by the solicitors in the internal investigation were covered by litigation privilege. Also that the Court of Appeal would have determined that communications between an employee of a corporation and the corporation’s lawyers could not attract legal advice privilege unless the employee was tasked with seeking and receiving such advice on behalf of the client. More information maybe found by consulting the judgement at www.bailii.org.

These appeals raise common issues about the liability of solicitors and estate agents in cases involving identity fraud. In both cases the fraudster posed as the owner of a registered property in London. He instructed solicitors and agents to act for him on the sale of the property and genuine purchasers were found. The purchasers instructed their own solicitors, and proceeded to exchange of contracts and completion in accordance with the Law Society Code for Completion by Post (2011) (“the Code”). Following completion, but before registration of title, the fraud was discovered but the fraudster and the purchase money have, of course, disappeared.

The issues in this case were whether a contractual term precluding amendment of an agreement other than in writing (“NO oral agreement modification clause) is effective in law  and whether varying an agreement to pay money by substituting an obligation to pay the same or less money was supported by the necessary consideration.

In this case  two people installed CCTV cameras outside their home generating hostility from their neighbours. The Landlord sought possession on the basis that it alleged that their had been a breach of the assured tenancy agreement for use of cameras on the premise let by the landlord. The Court of Appeal reviewed the law relating to the Protection from Harassment Act 1997.

Concerned the Construction of Lease and whether the tenant was liable to contribute 75% or 50% of the costs of repair of the roof of the demised premises. Held that the roof was included within demise and the tenant was liable to contribute 75% of repair costs. Appeal allowed on substantive point and a section 20C appeal adjourned for further submissions.

For the purpose of maintaining confidentiality names of clients of members of Tennyson Chambers are not published on this site except with the client’s express consent.

Visitors may be aware that certain cases cannot be published at all because they were cases heard in private or the client has not given their express consent.

As practitioners in insolvency and restructuring will already know hearings in bankruptcy are held in private. In addition, hearings before the Court of Protection are also held in private (save where the pilot is in operation) and no details of these cases are published on this site unless the relevant client has given their express consent.

If you are interested in these articles please contact us, set out your query and if you wish to book our services please use the book an appointment facility, and enquiry form,

For more information about our members and services please contact us.

For clients wishing to have a conference in London United Kingdom then please dial the London UK appointments number of +44 (0)203 407 0047.

Alternatively, you may email practicemanager@tennysonchambers.com.